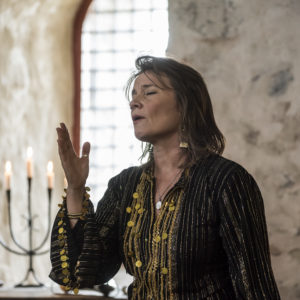 Marianne Holmboe is a Norwegian musician living in Göteborg. Singing is her means of expression, and she accompanies herself with different percussion instruments, and occasionally with a guitar. She has specialized in traditional Arabic musik, flamenco, and Andalusian medieval Arabic and Sephardic music. She also has a trio that plays her own original music.

She performs with a number of ensembles and groups. In addition to her concert performances, she works as a teacher and course leader.

With poetic fervor and a virtuosic performance, Marianne Holmboe & Emil Pernblad infuse the heat of southern Spain with a light breeze of Nordic air. After many years of perfoming, numerous field trips and tours to Andalucía – the cradle of flamenco, these two prominent flamenco musicians present the groundbreaking album ”De Noche”. 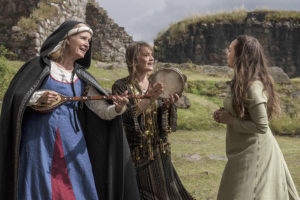 The ensemble Qiyans krets was founded in 2005. Our music takes up the threads of the Sephardic, Arabic and Occidental traditions, through time and space to the present day, weaving a rich new fabric of of sounds and tonal pictures from our Medieval heritage, adding pearls from near and far and yarn coloured by more than thousand years of history.

The trio performs original songs written by Marianne. The music is a delightful melting pot, borderless as far as genre goes. The lyrics are carefully composed stories from real life, autobiographical, harsh, beautiful, thin-skinned and angry. Marianne strives for a true nerve and rawness i her expression, and she likes to put a note of blues, jazz and Nordic melancholy into her music. In September of 2007 Mariannes released her debut album in her own name: Med Munnen Full Av Jord (With the Mouth full of Soil). 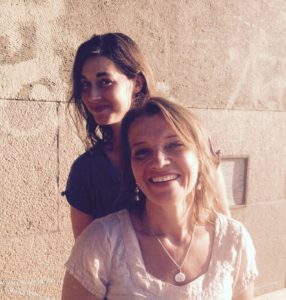 Aire Flamenco has its starting point in the traditional Flamenco, forming a vivid, strong expression with focus on the original corner stones of Flamenco – vocals, guitar, and dance.
The repertoire includes a palette rich in contrasts, with many different styles: from the oldest Tonás – songs expressing deep sorrow and pain – via rhythmically free mining songs, soulful Soleares, festive and lively Tangos and Bulerías to modern, swinging Rumbas.