Colores is a piece of work where choir, two flamenco  singers, two dancers, a guitarist and a lightpreformer, with the language of flamenco, investigates the different borderlands of existence. What exist where night meets day, weeping meets laughter, movement meets stillness, sound meets silence? What exist where life meets death?

The show is a intercultural cooperation between Sweden and Mexico, where the mexican dancer Ricardo Rubio has been invited to work with flamencoartists from World Dance Company and the choir Voces Flamencas. 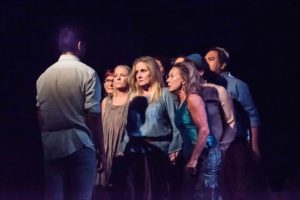 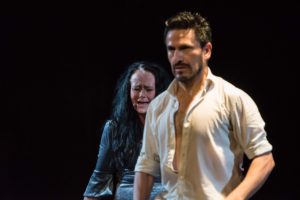 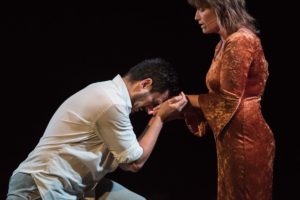 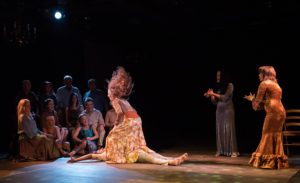 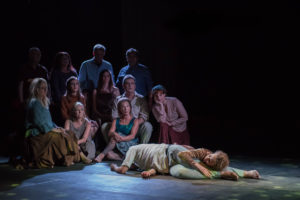 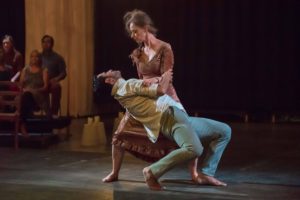 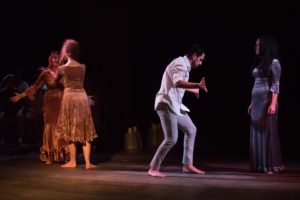 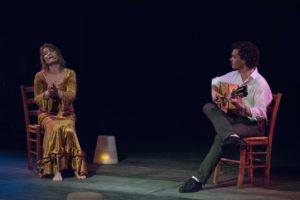 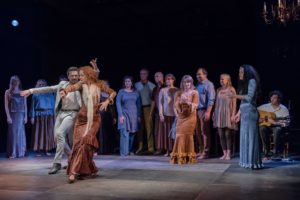 The show is presented as a continuously flow where the audience enters in a ongoing activity without beginning or end. We presume that  the human being is able to go deep into her own mental space with the guidance of sound, light, movements and the contrasts between those. We believe that in the borderland between different extremes our senses strengthens.

Dancers: Ricardo Rubio is a member of Mexicos ” National System of Art Creators by FONCA” (an statebased cultural organisation where artists with special importance for the cultural identity of the country, are elected). His work is characterized by an innovatively approach to the art of flamenco.

Eva Milich is active as a flamencodancer and educator since 20 years. She is one of the founders of World Dance Company in Gothenburg and member of the group Flamenco En Marcha.

Singers: Ellen Pontara is a singer and voiceinvestigator with flamenco as her speciality. She is educated in Sweden and in Spain. During the last fifteen years she has worked with most of the flamencoartists in Scandinavia.

Marianne Holmboe is singer of oriental music and flamenco, educated in Spain and Sweden.

Guitar: Magnus Stedman is flamencoguitarist  at World Dance Company and has been touring during twenty years with the group Flamenco En Marcha.

Jonathan Bondesson belongs to the new generation of nordic flamencoguitarrists. He is now doing his master in the Music Academy in Stockholm.  He has even been studying with some of the great guitarmasters in Sevilla.