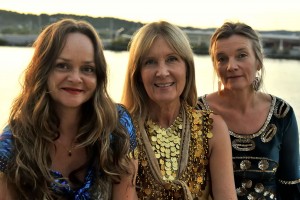 The ensemble Qiyans Krets was founded in 2005. Our music takes up the threads of the Sephardic, Arabic and Occidental traditions, through time and space to the present day, weaving a rich new fabric of sounds and tonal pictures from our Medieval heritage, adding pearls from near and yarn coloured by more than thousand years of history. Our instruments are concertharp, oriental percussion, song and a wide variety of ethnic and historic flutes.

Qiyan were highly educated slave-women of varying ethnic backgrounds who entertained at the muslim courts in former times. These women were highly prized poets, singers, instrumentalists and dancers, and were responsible for performing and spreading the works of the composers of the period.

As the Christian warlords conquered more and more of the muslim territories in Spain, i.e. al-Andalus/ Sepharad, Qiyan were captured and taken back to the courts of Europe as booty.

”The first troubadour”, William of Aquitaine (969–1030), grew up among Qiyan and was surely influenced by them. The troubadour movement which started in Provence contributed to spreading their influence to the rest of Europe, as these travelling musicians moved from court to court

Suffice it to say that these our predecessors have forged and handed down a strong tradition of improvisation and renewal. We like to think that we sail in their wake, sending on new ripples to the future… 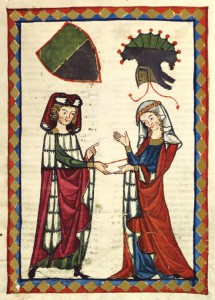 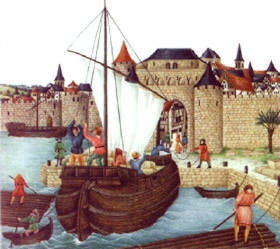